They have been predicted since the 1970s. The Egyptian president Sadat, for instance, referred to water scarcity as "the only matter that could take Egypt to war again".
Since then, various indicators on water use and water availability demonstrate that water scarcity has increased — but these water wars did not happen. Even more, societies seemed to be quite resilient to the effects of water scarcity.

Nevertheless, this idea of water wars continues to live on in media reports and political discourses. For what purpose? Who benefits? Who loses? These are 'questions we would like to address with this website.

Our focus will be on two basins in politically very volatile regions: the Nile River Basin and the Jordan River Basin. We will bring together many facts and figures about water availability and water use, to have a better understanding of what water scarcity is about in these regions. Based on that analysis we will dissect the contradiction between the scarcity and security discourses, and actual water politics in these basins. We will look into issues that link water and development, and how governance of increasingly scarce water resources relates to conflict over access to and control over these resources. Especially when geopolitics enter the stage, and ideology and 'security' gets in the way of development.

Information on this site is organised in three main sections: the Nile River Basin, water politics in the Jordan River Basin and a more worldwide context of international water resources. You can explore them using the menu on top of the page.

The contradiction of 'development' and 'security'

Below, we discuss a bit more the context of the website.

Water doesn't care about most borders, it just flows from high to low, along pathways that are shaped over the centuries. There is only one border that really matters: the line that separates watersheds.
But water and political borders are a curious combination. Political borders cut up a natural system into sections that can be 'owned', become property. Often, this happens according to the principle of "What is mine, is not thine".
Drawing such lines on maps makes it more difficult to manage water resources as a whole, interconnected system. Governance of water resources will then be sub-optimal, and everyone in the basin will be affected in some way or another. As a state, being responsible for the welfare and wellbeing of your citizens, you then have to come up with a credible explanation on why the best possible governance of water resources and optimal water services can't be achieved. 'Water scarcity' is then often a good excuse.

When states compete over scarce water resources, often 'national security pops up as a concern. Water then gets politicized - 'securitized' - and becomes a source for division rather than something that brings neighbours together. As national security and ideology are closely linked, it will then be increasingly difficult for states to join efforts to overcome the challenges of good water governance - for the wellbeing of all of their people.
I am not saying that the water issue is something that can be solved with a technical approach, just needs some engineering and technology to fix it. On the contrary, water is most political, as it is key to development - and other soft political concepts like equitability, needs, wellbeing, justice. And therefore incompatible with hard politics, power, threat and dominance.

Water is extremely securitised in the Middle East and the Nile River Basin. Historical and present tensions over water resources gave birth to the discourse of 'water conflicts' and 'rivers of fire', images that popular media are eager to adopt. Because on the face of it, violent interstate competition over scarce water resources doesn't seem so strange in the context of the Middle East with all its military conflicts and continuous political tensions between states. So why shouldn't water scarcity add fuel to the fire in the Israeli-Arab conflict, or spark something more dangerous among Turkey, Kurds, Saudi Arabia or Iran in the Great Game of the Persian Gulf?
Past experiences demonstrate that cooperation is however more likely to happen than open conflict over water. Even now, with tensions rising over between Egypt and Sudan on one side and Ethiopia on the other over dams on the Nile, adversaries still sit together in the conference rooms of the Nile Basin Initiative. 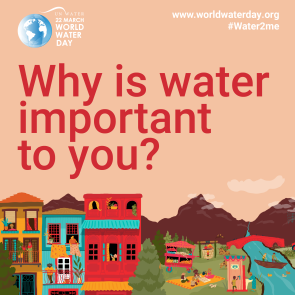 World Water Day in 2021 is about "what water means to people, its true value and how we can better protect this vital resource".

From the World Water Day 2021 toolkit:
"How we value water determines how water is managed and shared. The value of water is about much more than its price – water has enormous and complex value for our households, culture, health, education, economics and the integrity of our natural environment."

World Water Day 2019: "Leaving no one behind" in the Nile River basin

During the past 3 decades of various global sustainable development action plans (with Agenda 21 in 1992, the Millennium Development Goals from 2000 to2015, and now the Agenda 2030 with the Sustainable Development), the hardest thing proved to target the 'marginalized groups' in society (see: World’s most marginalized still left behind by global development priorities: UNDP report).

Including marginalized groups sounds like an oxymoron. But "Everyone must benefit" is now the central promise of the 2030 Agenda for Sustainable Development, aiming especially at these marginalised groups that are so easily left behind.

If we translate this promise into water language, it sounds like "Water for All". On March 22, World Water Day 2019 highlights the importance of special attention to  marginalized groups – women, children, refugees, indigenous peoples, disabled people and many others – "that are often overlooked, and sometimes face discrimination, as they try to access and manage the safe water they need" (to quote from the UN-Water website).

As part of the Nile River section of this website, we have collected some data related to access to drinking water, sanitation and hygiene in the Nile River basin.

Read more about the data

In 2015, the United Nations member states adopted the Sustainable Development Goals, the "17 goals to transform the world" as part of a new development Agenda 2030. Water is an interlinking element in these SDGs: not only where it is mentioned as a Goal as such (clean water, sanitation) but is directly or indirectly linked to every other Goal. This is the case for obvious Goals like climate action or life on land, but also for ending poverty or quality education. 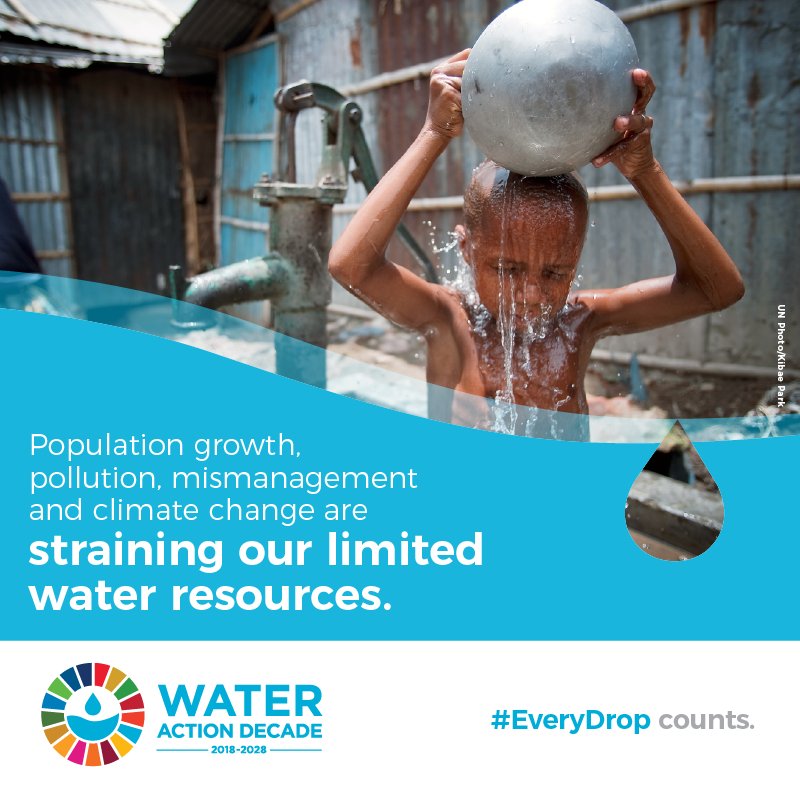